The ZONA IV Creative Builders Agency, a firm specialized in the development of brands for hotels, designed the image of the new avant-garde hotel development Torre Karadya Biolodge, in association with the Borrachia Arquitectos Studio, in charge of creating this ecological complex that is located a few hours from the Iguazu Falls.

The complex joins the Urugua-í and Foerster natural parks and was an undertaking conceived by biologists Luciana Oklander and Julián Baigorria. It is a land with unique natural characteristics, in one of the purest and most natural ecosystems in the country. The task of the ZONA IV Agency was the development of the brand and the image positioning of the new venture, the client’s requirement was the creation of a design in relation to the natural context that surrounds it. While the architecture, from the concept, design, project and even the construction management were in charge of Estudio Borrachia Arquitectos, one of the few specialists in sustainable architecture works that our country has with whom the agency partners for this type of project. undertakings. “From its genesis, it was a great challenge for the entire team to interpret the extreme care that we had to take from nature to a brand integrator from various disciplines.

It was a job where we merged both expertise: creation and architecture, to achieve the best synthesis between the project and its environment, we worked together with Estudio Borrachia so that the design was unified ”- commented Nicolás Dubini, partner and creative director of the ZONA Agency IV.

It is the first self-sufficient building to be built with these characteristics in this area of ​​the country. The Tower was created around the Karadya Bio-reserve project, which intends to incorporate more sustainable buildings on the site. The tower is part of a group of 6 buildings designed by Estudio Borrachia for the Bio Reserve, of which 2 have been built so far, the tower and the sum.

Its relationship with the natural environment is total, and is manifested both in its height, which is positioned near the treetops, and in the materials used, where wood and the design of viewing spaces prevail. In addition to being able to see birds and natural species that inhabit the heights, the Tower was designed with units that are assimilated to the concept of “nest”, spaces intended for birds to create their own home in contact with the complex.

The Karadya Biolodge Tower is a new way of living nature, both the user and the architecture become part of it and coexist harmoniously in their environment.

In this way ZONA IV was to design a logo that contains the synthesis of a tree, an iconography was created that refers both to sustainable architecture and to the contact that it establishes with nature. 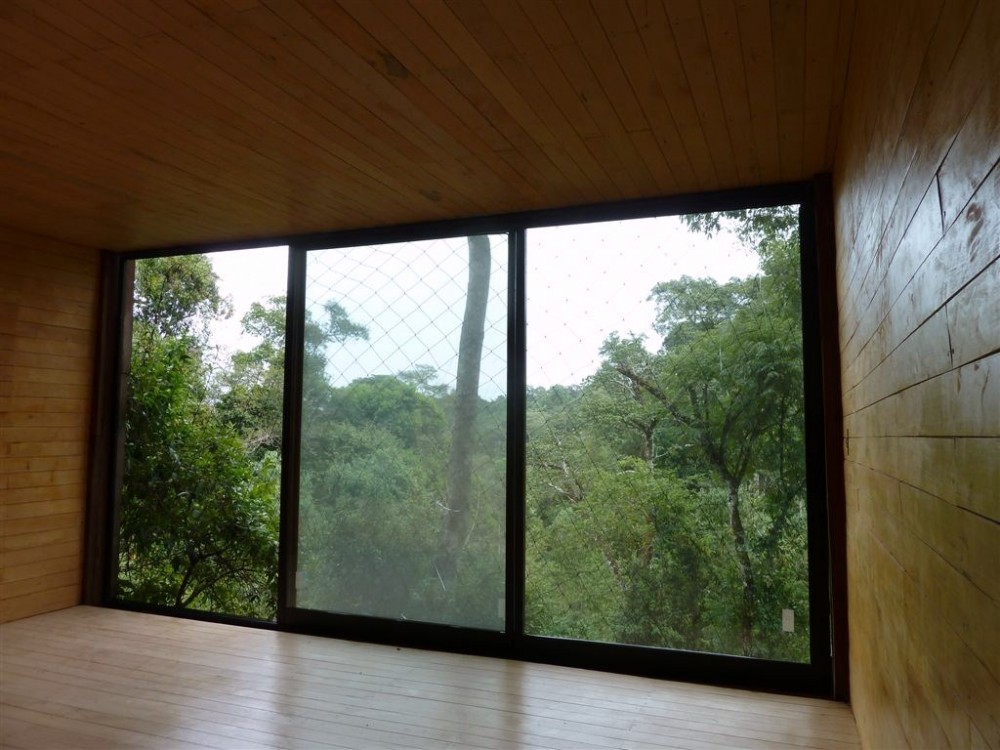 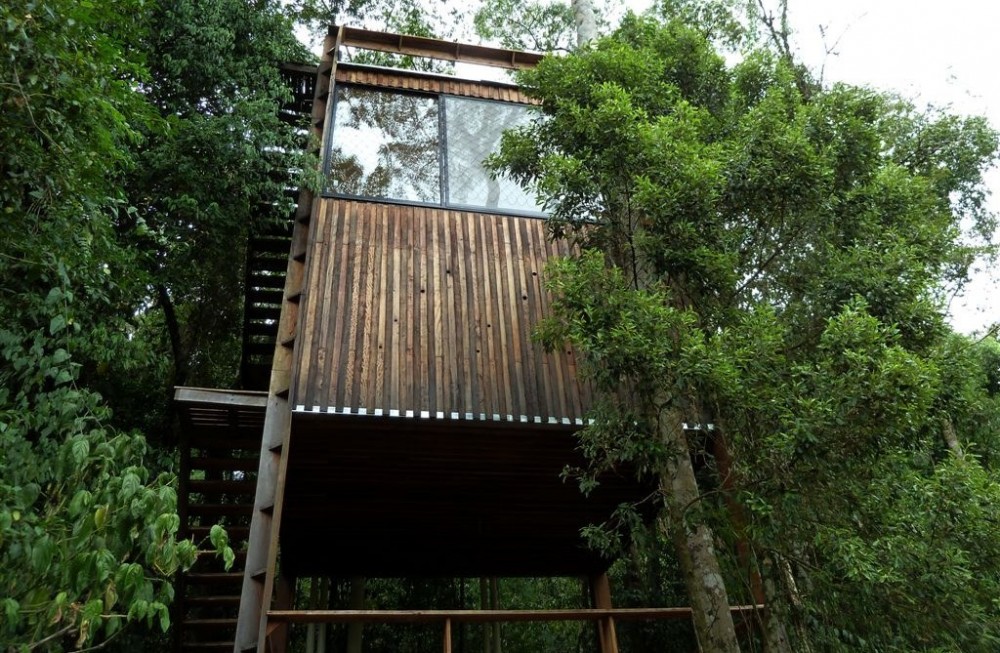 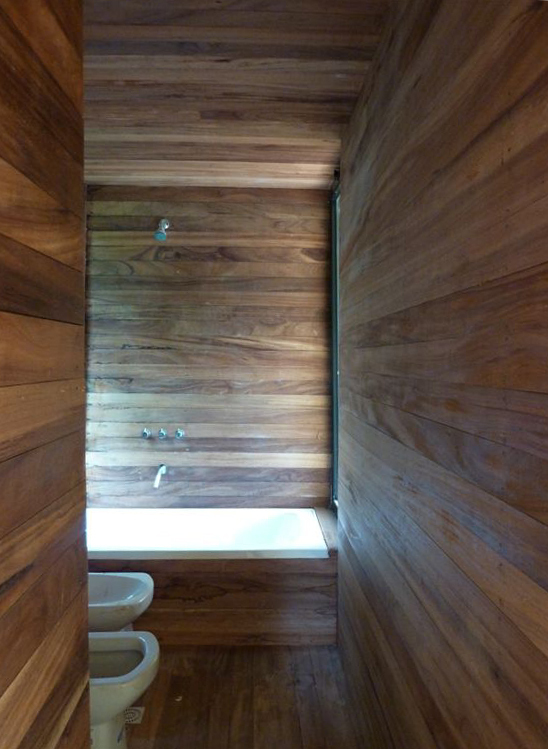 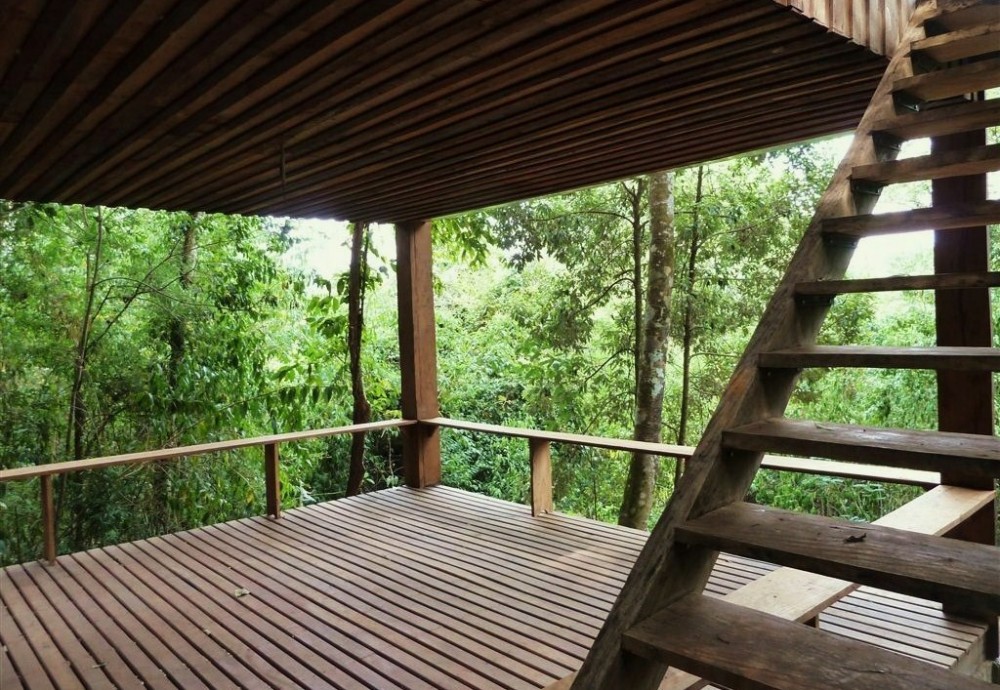