ZONE IV – Creative Builders, was summoned for the repositioning and 360º design of the Club de la Birra, n expanding brewery chain.
The agency re-designed the brand identity, downgrades to its slogans and both the design of modern bars and the architecture of the commercial premises.

A very urban and simple identity was designed at the same time, where its fonts and icons work in a solid way, with a strong character for the brewery segment and positions the brand as an important player in the gastronomic plane of the sector together with a menu that stands out in the entire proposal.

The integral urban design was developed in its new large-scale premises located in the heart of the Recoleta Buenos Aires neighborhood, where its terrace is added to the 500 m2, an ideal space for the deployment of all the power created together with the Club members de la Birra.

In the design of the layout, the bar becomes the main protagonist, located in the center of the space, runs through its entire development to the sidewalk, where the carpentry open completely to the seating of the terrace and towards the back, in a vip area, which stands out in the intimate atmosphere of natural light and relaxing furniture.

Its design is made up of two strong elements, on the one hand the concrete base highlighted by a calcareous flooring and a solid wood countertop and on the other, a more ethereal elevation with rounded edges that contains the beer menu and the green present in all the premises.

“In this way, the bar acquires a strategic sense because it is the cutting edge of the business with its 22 taps of beer varieties, consolidating the DNA of the business”, explains Gonzalo Carbonell, director of Zona IV“.

The whole set plays in contrast of materials and textures, generating a context to receive the branding of the new identity of the Club de la Birra.

“Regarding the materials, we were able to rescue many of the original premises, such as the bricks in the dividing walls, the iron frame structure and the marble flooring throughout the room. All these materials coexisting with the concrete, wood, mirrors, vegetation and the leather of the large armchair and the set of Cheasters from the vip sector as the finishing touch of the room” Leticia Perin, Architect of the agency, comments. 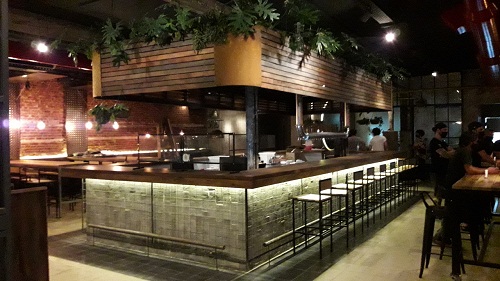 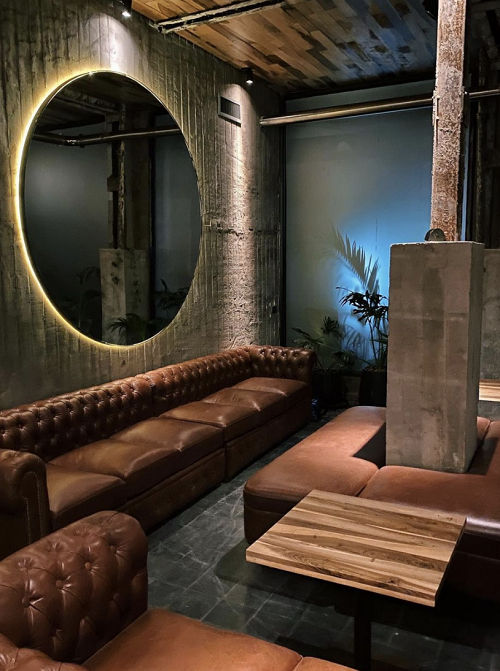 This creative proposal for the design of modern bars is completed with a well-defined brand territory where it is developed in all its deliverables and its different communication pieces, achieving a new 360º project in identity and commercial architecture of the ZONA IV agency.