The Zona IV Agency was summoned for a new challenge of a 360º design in the city of Santa Fe, for one of the most recognized ice cream brands in the city, Helados Trevi.

The agency’s strategy was to recover the DNA at the origin of the brand, where the Italianness of its ice cream flavors and its identity were the basis of its beginnings. For this, the codes of Italian design were recovered, as well as the characteristics of the Trevi Fountain in the city of Rome, which gives the chain its name. At the brand level, a stripped down and simple typography was achieved, accompanied by its Gelato de palo seco lowering with a slight movement of the letters, giving it dynamism and playful codes typical of the category. “We worked on an icon that synthetically recovers the figure of the Fontana’s horses, creating a solid design that gives great character to the entire identity.” Comments Gonzalo Carbonell, director of the ZONA IV agency.

“The approach to the architecture design project is aligned with the concepts defined in the initial creative search, taking the patterns and textures, so classic in Italian design, as a container for the premises. We worked with different materials, wood, iron and limestone that complete the desired character. ”Says Leticia Perin, director of architecture for the ZONA IV agency.
In this way, a 360º design is achieved with a rich combination between its frames, materials and color palette that gives originality and identity to the entire new Trevi Gelato proposal, with the intensity of Italian design. 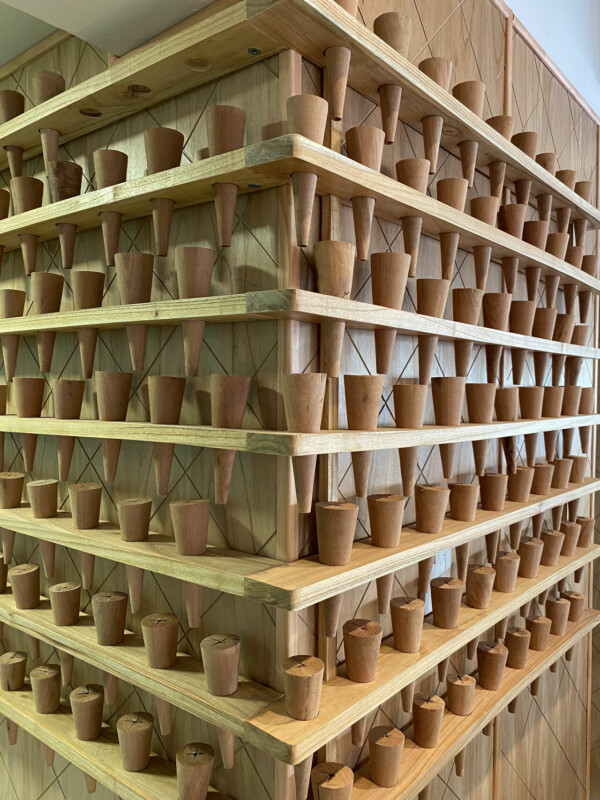 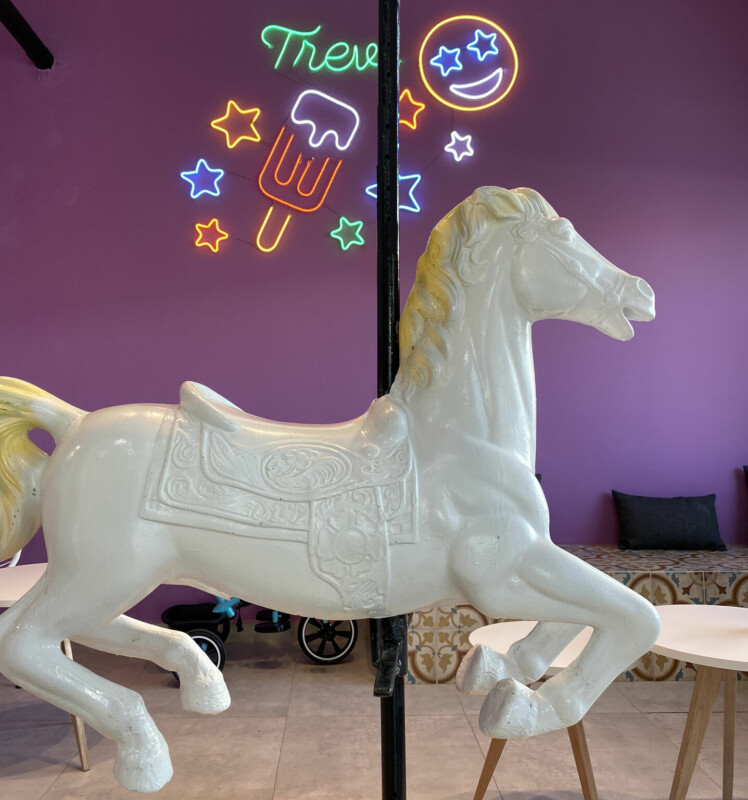